We are delighted to announce that the campaign has been chosen by HRH Prince of Wales Sustainable Markets Initiative to feature as one of the case studies for their Terra Carta Impact Report 2022. The Terra Carta is a roadmap to 2030 towards an ambitious and sustainable future. Through giving fundamental rights and value to nature, Terra Carta aims to reunite people and planet. Species-rich grassland protection, restoration, and management is critical to delivering for nature, for climate and for food production. As such, it is vital that we understand the economics of their creation and stewardship, including the use of sustainable finance markets to enable a return on investment. Thanks to everyone who wrote to their MP’s and the over 80 organisations who signed up to support the campaign. Watch the video here and please do share to help us protect and restore these habitats for the future.

Taking the Grasslands+ message to COP26

Today marks the first day of COP26 and Plantlife are taking the Grasslands+ message to the UN Climate Change Conference and making your voice heard.

We are pushing to:

Follow along on our Facebook, Twitter and Instagram channels to see inside the most important Climate Conference since Paris 2015. We look forward to updating you on our progress throughout the next two weeks as we stand up for grasslands.

As party conference season and the COP26 climate conference approach, we have sent packets of wildflower seeds to all MPs, to remind them that protecting and restoring meadows and grasslands is essential to the fight against climate change.

They have the power to push for recognition of the value of species-rich grasslands, both within their political parties and internationally. The UK is home to magnificent species-rich habitats, from the lowland heaths of the South Gower coastline to the limestone grassland of North Lancashire, and MPs must protect these areas within their constituencies.

Grasslands+ in the Guardian

This week the Guardian published Grasslands+ letter on why grasslands have a key role to play in saving the planet.

We wrote this in response to the news that the Cerrado grasslands and the Pantanal wetlands, both under threat from soy and beef exploitation, have been excluded from a European Union draft anti-deforestation law. This continues the trend of the value of grasslands being overlooked as a nature-based solution for tackling climate change.

Please sign our petition to ask your MP to join our movement to lobby the UK government, the EU and other world leaders to commit to restoring, enhancing and protecting these habitats at Cop26 in Glasgow.

News that the perilous plight of endangered grasslands is not fully recognised in a EU draft anti-deforestation law (Leaked EU anti-deforestation law omits fragile grasslands and wetlands, 14 September) brings into sharp focus the dangerous underappreciation of a global habitat that has a crucial role in the fight against climate change. Grasslands aren’t just crucibles of biodiversity, playing home to a wealth of wild plants, fungi, butterflies and bees, they also possess an as-yet underreported ability to lock down carbon. Given that up to 30% of the Earth’s land carbon is stored in grassland, these sites are every bit as important as other ecosystems in the fight against greenhouse gases.

The Grasslands+ campaign, supported by some of Britain’s leading conservation charities including Plantlife, Butterfly Conservation and the Bumblebee Conservation Trust, is calling for international protections for our planet’s grasslands, savannas, plains, heaths, steppes and meadows to help mitigate the impact of climate change and increase biodiversity. The UK government, the EU and other world leaders must commit to restoring, enhancing and protecting these habitats at Cop26 in Glasgow.

Grasslands+ coalition the UK’s leading conservation charities - Plantlife, the Bumblebee Conservation Trust and Butterfly Conservation - has responded to the IPCC’s), landmark report on the state of climate change.

According to Grasslands+, “Today’s report makes it plain that every action the world takes to reduce greenhouse gas emissions can make a difference. The IPPC is clear on the widespread evidence for decreases in global biodiversity in recent decades related to climate change and other forms of human disturbances. Species-rich grasslands are essential in sequestering carbon from the atmosphere. Up to 30% of the world’s land carbon is stored in grassland carbon sinks, which also benefit biodiversity across the planet.

The Grasslands+ coalition, made up of Plantlife, Butterfly Conservation and the Bumblebee Conservation Trust has written to Prime Minister Boris Johnson urging him to ensure grasslands are on the agenda at COP26.

In the letter, cc-ed to Environment Secretary George Eustice and COP26 President Alok Sharma, the coalition told the Prime Minister:

“In the run up to UN FCCC COP26, we urge you to back our alliance’s call by seeking international protections for grasslands in the COP communiques, in order to give the global community a fighting chance to mitigate the effects of climate change, increase biodiversity and ensure that these areas of natural beauty are preserved for future generations to enjoy.

“At a national level, we are calling on your government to commit to producing a Grasslands Action Plan to safeguard the multiple benefits of species-rich grasslands as a nature-based solution to climate change, alongside trees and peatland.”

Read the full text below

We are writing to you jointly today to urge you to seek international recognition and protections for grasslands in the run up to COP26 to mitigate and combat the effects of climate change.

The world’s eyes will be on the conference in Glasgow and this represents a huge opportunity for the UK government to secure international commitment and lead by example.

Together we have joined forces to found Grasslands+, a campaign to secure the protection and restoration of the planet’s grasslands, savannahs, plains, heaths, steppes and meadows.

In the run up to UN FCCC COP26, we urge you to back our alliance’s call by seeking international protections for grasslands in the COP communiques, in order to give the global community a fighting chance to mitigate the effects of climate change, increase biodiversity and ensure that these areas of natural beauty are preserved for future generations to enjoy.

At a national level, we are calling on your government to commit to producing a Grasslands Action Plan to safeguard the multiple benefits of species-rich grasslands as a nature-based solution to climate change, alongside trees and peatland.

Species-rich grasslands are an immensely valuable, natural solution to climate change: the un-tilled soils of meadows and grasslands store around a third of the world’s land carbon; floodplain meadows capture and hold back water, reducing flooding risk; meadows lock up pollutants and require minimal inputs of fertilisers and no pesticides. Flower-rich grasslands are critical reservoirs for our pollinators including bumblebees, butterflies and moths, while species-rich pasture is at the heart of sustainable and resilient farming systems.

In the UK alone, over 97% of our meadows and other species-rich grasslands, more than 7.5 million acres, have been ploughed, agriculturally ‘improved’ or built on since the 1930s. The losses continue and they now cover less than 1% of UK land. This is a pattern echoed across the world.

Grassland maintenance and restoration are critical to delivering your government’s commitments to net zero emissions, nature’s recovery and sustainable food production. Restoring grasslands will require investment in healthy soils, supporting land managers to raise the organic matter in their soil and, in turn, increase soil carbon. Farmers and other land managers are amongst the key stakeholders to unlocking this solution, to benefit all, but they need your support to do so.

The value of species-rich grasslands is ignored at our peril but perhaps more importantly they represent a superb resource and a leadership opportunity for the UK to embrace before, during and after COP26. We urge you to do so. 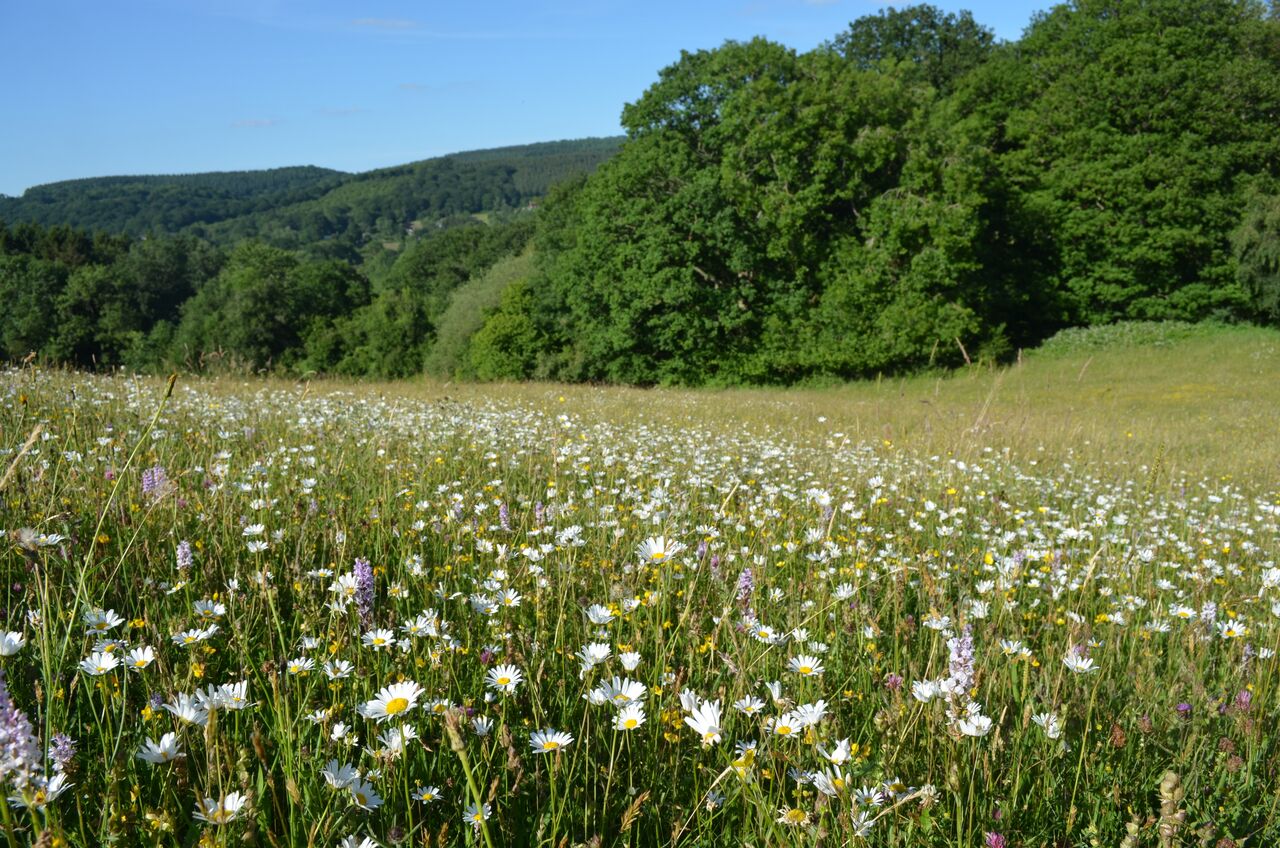